Spencer Fascetta has the rundown on all the best players you might have missed.

Earlier this week, I gave you all a rundown on the best ways to build a She Plays fantasy lineup for the upcoming NWHL season. With the NDubble only two days away, I thought I would give you all some under-the-radar players to keep an eye on that may eventually become what puts you and your team over the top. So who are these key players?

Keep an eye out for players who had lower estimated time on ice but were on the ice for a higher percentage of their team’s goals. Emily Fluke (Toronto) is someone who should break out in a bigger role with the Six than she had in Boston last season. She had the second highest 5v5 Goals For percentage in the league last year. Alyssa Wohlfeiler (Connecticut) also should be more productive in a bigger role with the Whale this year—she was 3rd in the same category. Minnesota’s Meaghan Pezon also falls into this category despite putting up a cool 21 points in 24 games.

Sammy Davis (Boston) and Kayla Friesen (Connecticut) were well worth the top two picks in the NWHL Draft this year. The two of them both averaged around 2.4 primary points per estimated hour in their senior seasons. For Davis, that was lower than her junior campaign, where she was above 3 primary points per estimated hour. That was likely a result of Jesse Compher’s injury leaving Davis to do more heavy lifting as a senior, so joining a stacked Pride roster where she’s projected to play on a line with fellow Hockey East rookies Taylor Wenczkowski and Tereza Vanišová points toward a potential repeat of her junior season numbers.

The UNH trio of Wenczkowski, Carly Turner, and Meghara McManus are both going to be fed low-leverage matchups for the Pride and should be extremely productive in those minutes. Wenczkowski should be a dangerous powerplay weapon and has a 20-goal season on her resume. McManus consistently has a high shooting percentage because of her skill at the netfront, and she has never met a puck she didn’t try to block in her own end. Turner’s smart, and sneaky skilled—she’ll be a good Swiss army knife for Paul Mara in that lineup.

Carly Jackson (Buffalo) should get a large chunk of the starts for the Beauts. The former Black Bear and No. 3 pick was stellar for a Maine squad that sometimes struggled to score. She single handedly almost toppled the juggernaut Northeastern Huskies this past year, shutting them out through 40 minutes of the Hockey East semifinals. To put it into context, it took two superstars in Skylar Fontaine and Alina Müller to beat her, and the Huskies proceeded to tally NINE goals in the finals the next day against Connecticut.

I bet you wouldn’t realize that the third-highest primary points per estimated hour last year by a forward was from Connecticut’s Maddie Bishop. She produced a lot for Sacred Heart, right around 2.3 points per estimated hour for the Colonials. Yes, that was in NEWHA—a slightly lower level of competition than the Hockey Easts and WCHAs of the world—but that’s still a tremendous amount of production to ignore.

Bishop isn’t the only lesser-known stud the Whale will rely on for their scoring. Their 4th round pick, Amanda Conway, is one of the greatest goal scorers in the history of NCAA Division III hockey. She is coming off three consecutive 30-goal seasons and led the country in scoring her sophomore and senior seasons. By the end of her career, she was 3rd all-time in Division III scoring. She scored 116 goals in 111 career games. I don’t care what level it is, scoring at over a goal-per-game pace in that large of a sample is nearly impossible to ignore.

Courtesy of University of Alberta Athletics

The Beauts made history by taking Autumn MacDougall out of the University of Alberta in the 3rd round of the NWHL Draft this year, marking the first time a USports athlete has been selected in the NWHL draft. She ended her career with the Pandas with 129 points in 139 games, 6th most in program history, and led the team to two Canada West championships and the 2017 USports National title. She’s only 5’1” but she’s shifty and possesses truly dynamic skill. For a team that just lost their leading scorer and captain Taylor Accursi for the season, MacDougall could be a difference maker.

Scoring from the Blue Line

Don’t underestimate the importance of defenders getting into the offense. Buffalo’s MJ Pelletier took the league by storm last year, setting the record for most power play points in a single season and finishing as a finalist for Newcomer of the Year. She also blocks a truly ludicrous number of shots in addition to her scoring prowess, and if she hasn’t already reached superstar status, this season should only cement that reputation. 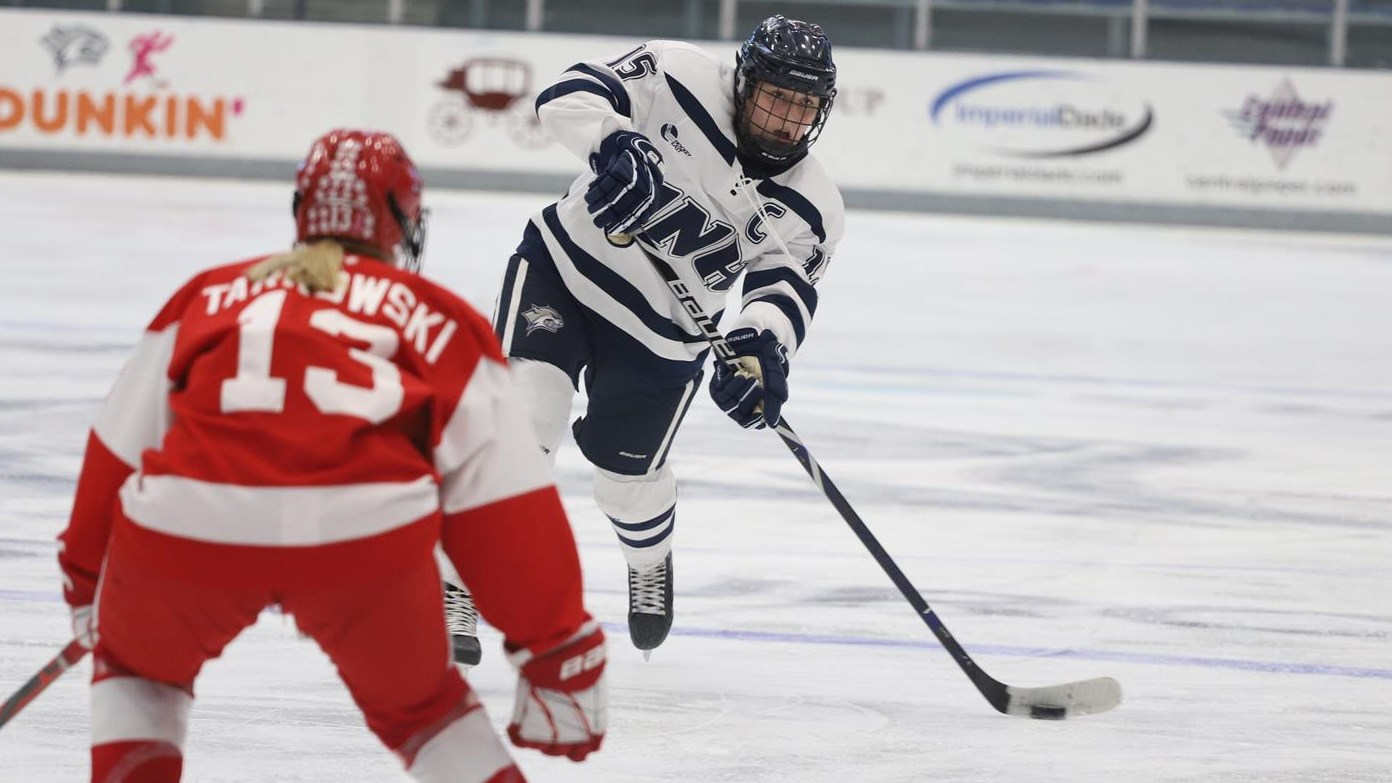 Her former college teammate, Tori Howran, was one of three UNH Wildcats to be drafted this year, being selected 7th overall by the Connecticut Whale. The Whale have long lacked a defender who can truly impact the team offensively on a consistent basis, and Howran’s smooth skating and big shot should be a big asset for them. She led the Wildcats in power play points as a senior with 14, and her 22 points were 2nd only to Meghara McManus (Boston). She’s expected to take on a large role for Connecticut this year, increasing the probability of offensive production. 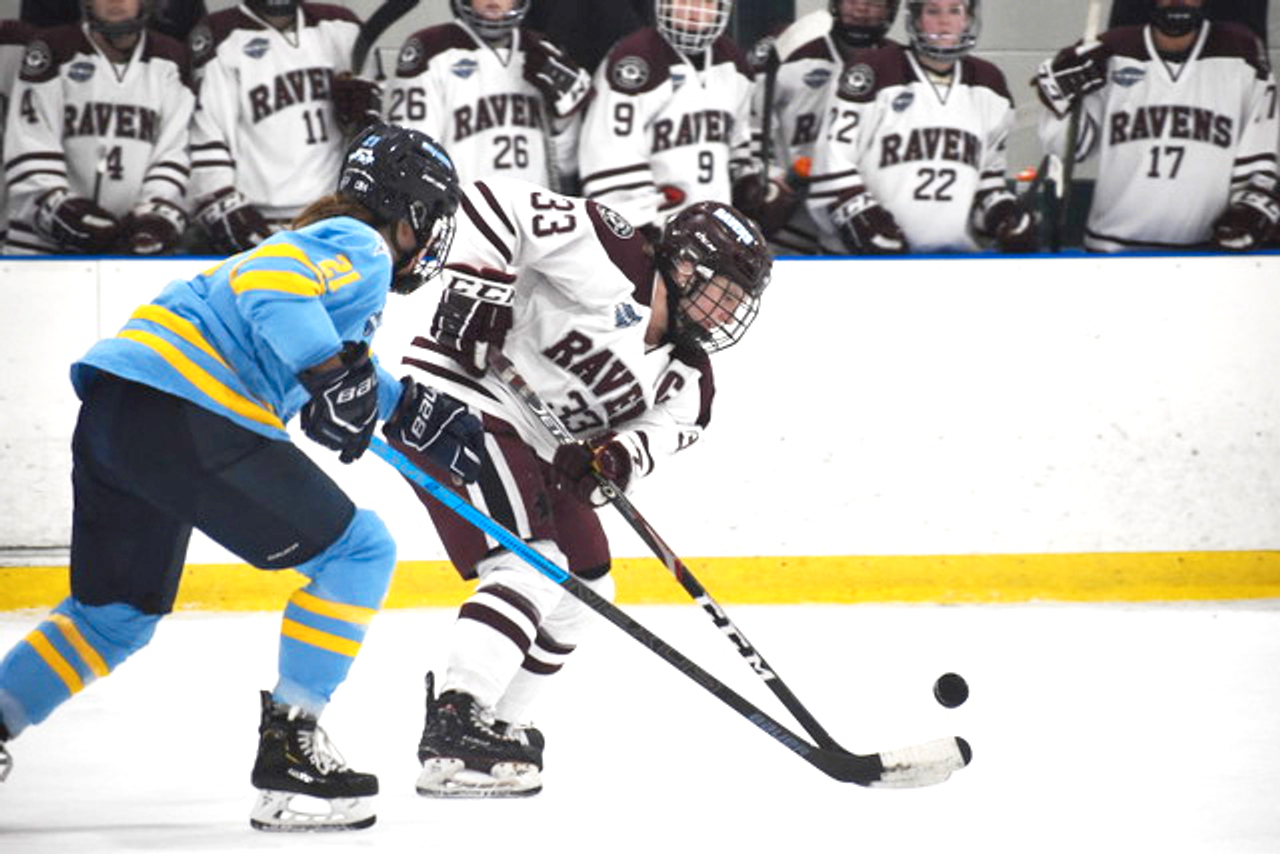 You can’t discuss offensive defenders without talking about Bridgette Prentiss. The reigning NEWHA Defender of the Year was the Riveters’ 4th round pick this year following a breakout season that saw her tally 45 points in 31 games as Franklin Pierce’s captain. More impressively, this was the Ravens’ first season as a Division I program, meaning their schedule saw a sharp uptick in its level of difficulty. Instead of struggling to maintain her offensive production, she doubled it. Not only that, this was only one of five seasons in which a defender has produced at or above 3 points per estimated hour in the past 7 years. The other four? US Olympian Megan Keller (twice), new teammate Jayne Lewis, and Canadian National team member Jaime Bourbonnais. Prentiss has the 4th highest total of that group. She’s going to be an X-Factor for the Rivs this year.

Interested in reading my other work? Find that here.